Scientific Dialogic Gatherings (SDGs) are theoretically based on the seven principles of Dialogic Learning (Flecha, 1997; Aubert et al., 2008) as people learn from interactions and dialogue with others. In this way, knowledge is built collectively among everyone participating in the same gathering. In general, Dialogic Learning starts "with the notion that everybody has the capacity of speech, the ability to communicate and that every adult has cultural intelligence" (Hussain, 2009, p. 15). It generates both the egalitarian realtions and positive interdependence to ensure that participants are empowered to raise questions and hypothesis that will lead to creation of joint knowledge.

The seven principles are as follows. 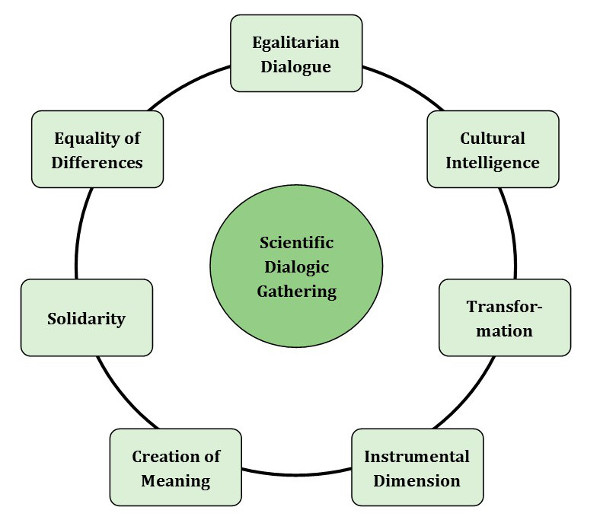